If You Really Want To Hear About It 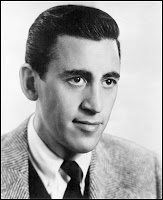 How many Zen Buddhist monks does it take to change a lightbulb, asks the old joke. The answer: none, because real change only comes from within. There were many who felt that J.D. Salinger – who died on Wednesday at 91 and was profoundly influenced by Zen Buddhism -- simply refused to change, immersed in the adolescent world of his characters and shutting himself off from society in the decades before his death.

In Holden Caulfield, though, Salinger created a character that generations of disaffected teenagers saw when they looked in the mirror. The alienated 16-year-old protagonist of 1951’s The Catcher in the Rye and his laconic pronouncements had a profound effect, traces of which are to be found till today in estranged anti-heroes on screen, embittered song lyrics and fictional heirs from Sylvia Plath’s Esther Greenwood to Russell Banks’ Chappie.

Such passion leads to extremes: the book was banned several times across high schools in the US; Mark David Chapman, John Lennon’s assassin, quoted from it during his trial; and it was rumoured that Kurt Cobain was re-reading passages some days before his suicide.

Salinger’s other major fictional creation – and obsession – was the Glass family. Short stories featuring its members were collected in Nine Stories, Franny and Zooey and Raise High the Roof Beam, Carpenters and Seymour: An Introduction. (There were other uncollected appearances in The New Yorker, notably Hapsworth 16, 1924.) These are tales of seven precociously talented siblings -- professors, soldiers, homemakers, students – who are round pegs in square holes. If Salinger’s teenage years informed almost everything he wrote, here we also find him mining his traumatic World War II service memories.

It was the buzz around The Catcher in the Rye, though, that the author found unbearable. Fleeing the “goddamn phonies”, he retreated to the hamlet of Cornish in New Hampshire to remain diagonally parked in a parallel universe for the rest of his life. Perhaps all he wanted was to stay submerged in his beloved Glass family without the world butting in.

Salinger-spotting soon became the outdoor equivalent of a literary parlour game, even though the author stubbornly turned down almost all requests for meetings or interviews, blocking the publication of British journalist Ian Hamilton’s book on his writing career (a version of which appeared as In Search of J.D. Salinger). Over time, unflattering memoirs appeared, notably those of young ex-lover Joyce Maynard and daughter Margaret.

Throughout his seclusion, Salinger was said to be writing obsessively. Now that he’s no more, there’s sure to be pressure on his family to release all or some of those manuscripts for scrutiny. It’s a difficult decision: to go the way of Max Brod, Kafka’s friend, and Dmitri, Nabokov’s son; or respect the fact that Salinger himself displayed no desire to share his prose. For now, we’re left with Holden’s words: “Don’t ever tell anybody anything. If you do, you start missing everybody”.