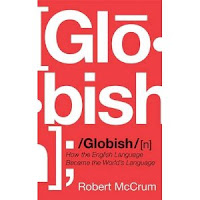 You can call it Hinglish, Singlish, Spanglish or gibberish, but some form of English is today in use in virtually every part of the planet. Fuelled by the globalization of business and advances in information technology, it’s spreading to more regions of the world than imperialism could have dreamt of.
Take, for instance, the unenviable task of Alison Waters, lexicographer and publishing manager with the Oxford University Press. On a recent visit to India, she spoke of the labour involved in compiling the new edition of the Oxford Advanced Learner’s Dictionary: “The hardest part is that with each successive edition the pages are increasing. We have to crunch the material because you cannot publish 20 volumes”.  The current edition features words such as chapatti, niqab and kirpan, as well as the use of “revert back,” once thought ungrammatical but now accepted as “Indian-English”.
Ms Waters and her ilk will only find their task more arduous in the years to come. As veteran journalist and author Robert McCrum points out in his new book, Globish, English is “floating free from its troubled British and American past…to take on a life of its own”. The word was first coined by former IBM marketing executive Jean Paul Nerriere in 1995, and McCrum uses it to show how English is becoming “the worldwide dialect of the third millennium”
He begins with a potted history of the origins of English, a tale told before by him in The Story of English, as well as by others such as Bill Bryson and Melvyn Bragg. With verve, McCrum takes us through its Saxon origins, the Norman invasion, the French influence and ultimately the self-confidence that led to the creation of “your Roman-Saxon-Danish-Norman English”, as Daniel Defoe called it. Then, of course there are the people who championed and transformed it, from Wyclif and Tyndale to Chaucer and Shakespeare, all given unstoppable momentum by Caxton’s printing press, not to mention those who journeyed overseas to promote British imperialism.
Unlike Latin or Sanskrit, as McCrum points out, “it is part of the enduring appeal of the world's English that its origins are associated with the history of the many, not the few, and with the street, not the court or cloister”. An essential feature of the language’s make-up from the very beginning was, in Rushdie’s memorable neologism, the quality of “chutnification”.
From here we move on to that other continent which took over the baton of the promotion of English. McCrum is eloquent about the words that built America, pirouetting from the impact of Tom Paine's Common Sense to the Declaration of Independence and moving on to the speeches of Abraham Lincoln as well as the colloquialism of Mark Twain. Throughout, he adds a contemporary flavour to the proceedings, such as when he links the cadences of the slave trade, Black music and the speeches of Barack Obama.
So far, so familiar. But it’s only now, very many pages later, that the book really elaborates on its stated premise of people around the world embracing Globish. When it comes to India, McCrum gives us a thumbnail account of the rise and importance of English, touching, of course, upon Macaulay and the impact of his Minute on Indian Education. These chapters have a breezy, journalistic air to them, mentioning the by-now well-known call centres, literate middle class, changes in Bollywood, China's rise as a  manufacturing centre and superpower and its language being “self-contained and difficult to penetrate”. Such sketchiness is a pity; in consequence, the book seems decidedly lopsided. That apart, there are other aspects of the worldwide adoption of English that he barely touches upon. The upwardly mobile aspirations of those who learn the language, for example, or what its spread has done to local literature, drama and other ways of thought.
All of which is why this account of the English language’s ascent -- from small family business to multinational to international brand of Globish -- emerges as interesting at times but decidedly patchy at others. You could say it’s nice-ish.
Posted by Unknown at 9:15 AM