After The Union Budget, My Literary Budget 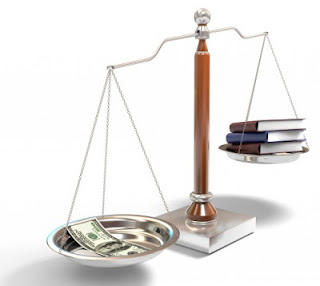 Readers and non-readers of the house, I rise to present my literary budget for the year. At the outset, let me emphasise that all of us are affected by wider currents sweeping in from the world beyond and as such we can no longer isolate ourselves from the international situation of books and writing. As John Donne said, no man is an island and, with flights and hotel rates becoming more expensive, no man can plan an island vacation, too.

It will come as no surprise when I point out that growth suffered last year. The ratio of number of books bought to number of books read reached alarming levels, and ­the unread piles that have gathered in corners lead me to my first proposal: that of a cut in the rates of warehousing facilities. This will free up valuable space that can be used for other activities, and if not, can be used to stack more books.

I had earlier mentioned the influence of overseas trends. Nowhere is this more significant than in the appearance of three volumes in bookshops across the land, volumes that appear to be manuals for painters but in fact have to do with the shades of grey in the relationships between men and women. This has led to a loss of valuable foreign exchange and therefore I must place a cap on the number of such books exhibited. As with gas cylinders, these, too must be rationed out across shelves.

Speaking of bookstores, it has also been observed that such shops have begun to stock items such as stuffed toys, board games, electronics and sundry good that do not resemble books in shape or form. My next proposal, therefore, is that only 3.1416 per cent of the space in such shops be set aside for non-book goods, with the rest given over to what one expects to see when one enters a retail outlet called a bookshop.

My economic team has also provided me with statistics which reveal that many are refusing to read, instead preferring activities such as watching movies, television serials or spending time on social media. Therefore I present to the house a proposal that before any such activity is indulged in, proof will have to be provided that a certain number of hours have been spent with a book. Ration cards will shortly be issued to the public for this purpose, in which details of the number of hours that have been employed in reading must be recorded. Magistrates and gazetted officers will henceforth be bestowed with the power to ratify such documents and since we will therefore need more of them, this step will also generate employment.

Exemptions are one of the reasons that many tune in to budget speeches, and this one too has its share of them. First of all, a blanket exemption to stop reading is granted to those who, after they persevere with a book for more than 100 pages, find that it fails to move them in any way. Such individuals are free to drop off the said book at any local library, no questions asked. (A caveat: such exemptions cannot be granted to those who are reading work by Joyce or Beckett. Irish writers have to be persevered with.) Further, literary agents and publishers are exempt from replying to aspiring authors who submit manuscripts that have a minimum of five typos on the first page.

The country’s young are its future, and this also gives me a chance to use the words “demographic dividend”. I also take this opportunity to use the words “national literacy mission” and “teachers are a valuable resource”. They are good words. I will use them again next year.

In closing, I can already hear some voices from the back calling this a populist budget. I strongly oppose this unfair allegation. If it was indeed populist, I would have made it mandatory for Chetan Bhagat to write a book every year. So there.

I hate the 'stocking non-book stuff in bookstores' thing too. And super hahaah to "the manual that seems for painters" :P I hate that too!

Awesome and funny as usual! Your last line is a clincher!