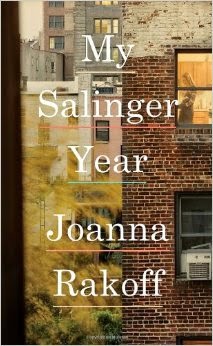 “What really knocks me out,” Holden famously says in Salinger’s Catcher, “is a book that, when you're all done reading it, you wish the author that wrote it was a terrific friend of yours and you could call him up on the phone whenever you felt like it.” Salinger evidently evoked the same feeling in his readers because of his distinctive, intimate writing voice. Rakoff, a late convert, comes to realize just this -- “I loved him. I loved it all” -- and her memoir is an intimate, engaging account of finding her own voice.
Posted by Unknown at 12:10 PM No comments: 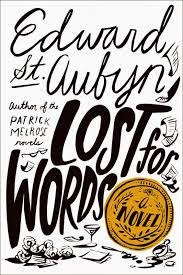 We need more satires and parodies. Everyone nowadays is far too ponderous, thin-skinned, ready to take offence: such attitudes should be skewered. When it comes to novels and novelists, too, talk is largely of the Purpose of Art, the Bold New Direction and the End of Reading, accompanied by knitted brows and weighty self-expression. The Swifts and the Waughs are consigned to the past. Into this breach steps Edward St Aubyn with his new novel, Lost for Words. This isn’t a bittersweet, semi-autobiographical saga, as with his Patrick Melrose novels, but a sharp send-up of contemporary writing and writing prizes. When it was awarded the Bollinger Everyman Wodehouse Prize for Comic Fiction last week, the news was greeted with the inevitable headline: “Novel mocking literary prizes wins literary prize.”

It’s not that the subject hasn’t been handled in fiction before: just last year, there was Howard Jacobson’s Zoo Time, a rant on the state of publishing and the bestseller list, as well as Filippo Bologna’s sardonic The Parrots, dealing with three writers vying and conniving for a prestigious literary award. Now, St Aubyn’s Lost for Words comes as another reminder that a prize can be a flawed yardstick with which to judge a book. The one in question in this novel is the Elysian Prize, clearly modelled on the Man Booker. (St Aubyn’s own Mother’s Milk narrowly failed to win in 2006, losing to Kiran Desai’s The Inheritance of Loss.) The group behind this fictional prize, dealing in genetically modified crops, is keen on a good public image; earlier, they had to face “some regrettable suicides among Indian farmers, whose crops had failed when they were sold Cod wheat, designed to withstand the icy rigours of Canada and Norway rather than the glowing anvil of the Indian Plain”.

Lost for Word’s chapters alternate between various authors, publishers and agents hoping for a favourable outcome on the night of the awards, as well as the judges and the pressures on them. One among the latter group is Penny Feathers, formerly of the Foreign Office and writer of breathless thrillers -- any resemblance to Stella Rimington, erstwhile Director General of MI5, writer of novels featuring female intelligence officers and chair of the judges for the 2011 Man Booker Prize, is not entirely coincidental.

There’s also the lordly Sonny, six hundred and fifty-third maharaja of the former Indian princely state of Badanpur, who hopes to win with his huge novel, The Mulberry Elephant. However, it’s not this book but his aunt’s palace cookbook, entered by mistake, which makes the shortlist (“fiction artfully disguised as culinary fact”) and this causes Sonny and others much heartburn. As this and other such incidents show, St Aubyn’s novel is rich in farce. His barbs are pointed and aimed at the pretentiousness of the establishment. One of the judges is all for “relevance”; another is interested in “good writing”; yet another lauds a novel by asserting that “it creates a participatory reality”.A Beckett-inspired novelist rues “art based on impact, rather than process, structure or insight” and another enjoys reading historical fiction because “one met so many famous people…like reading a very old copy of Hello! Magazine”.

Throughout, St Aubyn provides lengthy extracts from the titles on the Elysian longlist, adding to his novel’s pleasures. It can thus also be read as a handbook of pastiches, most enjoyable of which are sections from an Irvine Walsh-influenced work, “a harsh but ultimately uplifting account of life on a Glasgow housing estate”, entitled wot u starin at:  “ ‘I told yuz nivirivir to talk to uz when aymtrackin a vein,’ snarled Death Boy.”

Clearly, St Aubyn has had great fun in writing Lost for Words, which shows even in the names of agents and publishing houses (John Elton; Page and Turner). More mischievous than mean-spirited, it should be read with the same roguish spirit it displays when bayonetting its targets.
Posted by Unknown at 9:14 AM 1 comment: