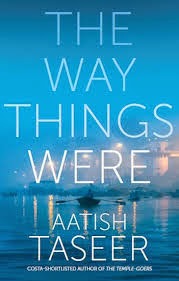 “The big relationships are like the big novels, messy, chaotic, imperfect,” says Skanda, towards the end of the book. “They operate by emotional logic.” The Way Things Were is both an emotional and messy novel, but not a very compelling one.
Posted by Unknown at 9:22 AM No comments: