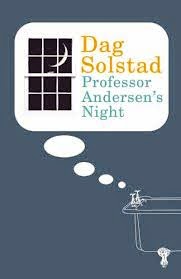 And so poor Professor Andersen returns home, still having told no-one about what he has witnessed, when he suddenly bumps into the man he believes to be the murderer. Those looking for thrilling denouements ought to have realised by now that they’re not to be found here. The professor’s crisis is not one that affords an easy resolution. “Life is not a problem to be solved but a reality to be faced,” as Kierkegaard, the philosopher from Solstad’s part of the world, once said, reminding us that it’s our crisis, too.
Posted by Unknown at 8:43 AM No comments: