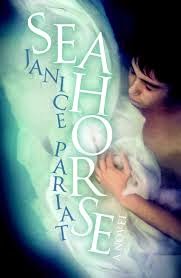 The paradox of memory, writes Pariat, “is that it gives you back what you had on condition that you know it has been lost”. To regain it, she continues, “you must remember it has gone; to remake the world, you need to first understand that it has ended”. Seahorse, then, is a fine and estimable account of the refashioning of an interior world suffused by a pining for what has been lost.
Posted by Unknown at 5:10 PM No comments: